May 31, 2020
Let's go to the Loire Valley of France today. We're in the far western part of the country about an hour mostly north of Bordeaux. The grape we are enjoying today, while frequently known as Muscadet, named after the small region in which it is usually grown, is technically Melon de Bourgogne. It's a hybrid, likely born of Pinot Blanc and Gouais Blanc.
Melon de Bourgogne, sometimes known as simply Melon, has a strange history. Once a heavily planted grape, it was outlawed during much of the 16th and 17th centuries in France. Originally from the area around Anjou on the Swiss border far to the east, Melon was widely produced and shipped to Holland (now part of the Netherlands). Political struggles, however, caused its probibition, and it was only after the disastrous winter of 1709 in the Loire Valley that vignerons looked to Melon. Winemakers in Loire needed a white grape that they felt could withstand winters of that sort and planted Melon plentifully around Muscadet. While it's rarely planted, at least not intentionally, anywhere else in the world, the region and the grape became synonymous. In the US, for example, legally, a grape cannot be called Muscadet (it must be referred to as Melon), but much of the Melon in California and Oregon is likely actually Pinot Blanc anyway.
To a wine deinker, it's often either a grape that you love or you hate. It is absolutely bone dry, often even more so than Chablis, typically quite light-bodied and low in alcohol content. The acidity is striking. Unless you love the bite of that level of scidity, drink your Melon fridge-cold, i.e., at temperatures around 3C/37F.
Characteristic notes of Melon include sourdough, local seashells, orchard fruit such green apple and pear, and lime. Pair your Melon with mollusks such as mussels or clams made simply with garlic, butter, and parsley and perhaps a splash of Melon to create a broth. 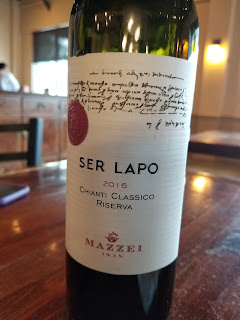